The Trinity boys basketball team controlled the tip-off, but a designed play went awry, as junior Kyle Fields overthrew a pass that sailed out of bounds.

The early turnover was indicative of how the rest of the night would go, as Trinity fell to Palmdale Aerospace Academy 55-41 on Wednesday at The Master’s University.

The Knights (4-8, 1-2 in Heritage League) turned the ball over 12 times in the first half, with Fields having half of them, which is uncharacteristic of the veteran guard. 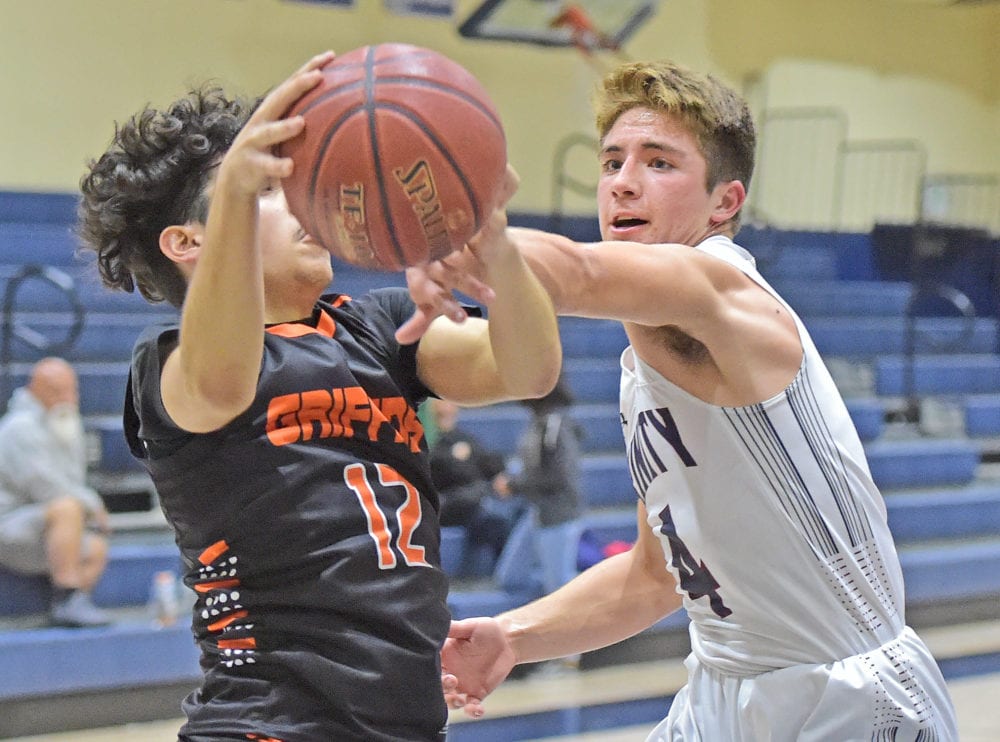 “They are the leaders and even leaders have off nights so everybody has to step up,” junior forward Niko Figuereo said. “Not just me, but guys off the bench and they did that today.”

Figuereo was one of the most active players on the court and a bright spot for Trinity. He pulled down nine rebounds (six offensive) and scored seven points.

“I thought our bench came onto the court and gave us really good effort and intensity and did some of the things we were looking for,” Trinity head coach Aaron Southwick said. “That was a positive for sure.”

The Griffins (7-5, 3-1 in Heritage League) took advantage of the Knights’ early mistakes, grabbing an 11-2 lead with three minutes left in the first quarter. 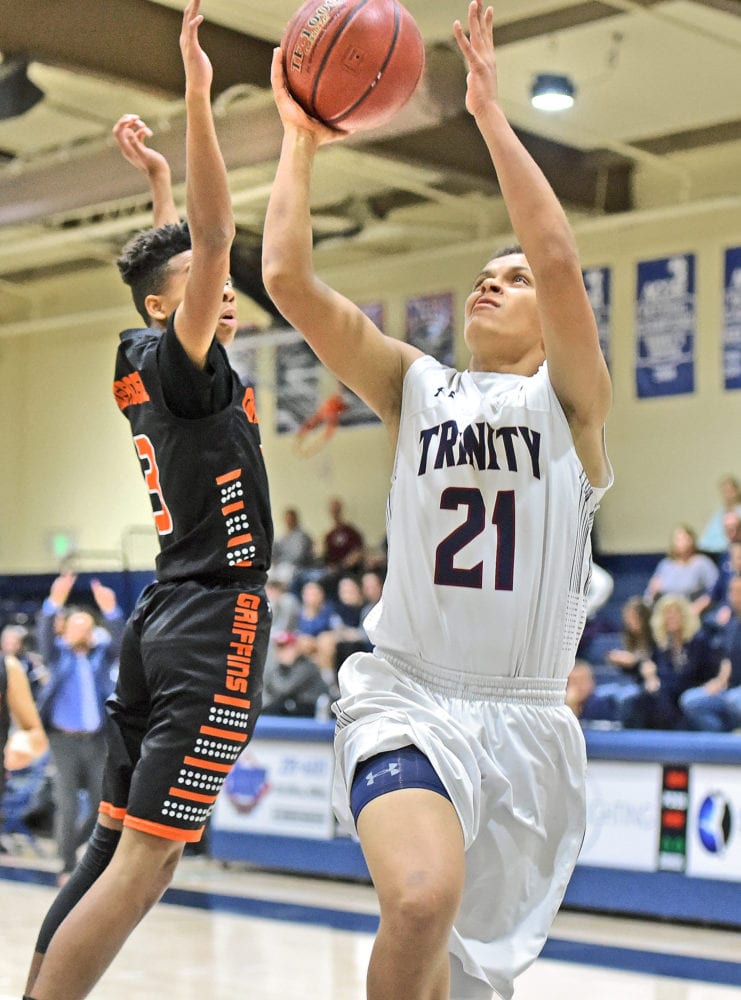 They pulled away even more in the second quarter, holding a 24-10 lead at one point before taking a 34-15 lead into halftime.

“We wanted to start out aggressive, but we really didn’t come out as aggressive as we wanted to in the first quarter,” Figuereo said, “but what we can take away is the way we played in the second half. We played aggressive and we want to play that way the whole game.”

The Knights looked like a different team in the third quarter, taking care of the ball and driving the lane relentlessly, which led to better scoring opportunities.

Trinity only turned the ball over once in the third quarter and finished the game with 18 total giveaways.

The Knights were able to bring the deficit to 11 points in the fourth quarter, but the game was already out of reach.

“I thought the momentum shifted the game in their favor because of little things, some of which were outside of our control but a lot of which we could have controlled,” Southwick said. “We need to get back after it and we need to be about doing the little things and staying consistent with that.”

Trinity will look to get back in the win column against Vasquez on Friday in a road contest. The game is scheduled to start at 5:30 p.m.